"Lost at sea, afloat,
our wandering little boat,
drifting with the waves,
led us to a place.
It is the land of our desire and dreams,
a place where one can leave all cares and regrets.
But beware, beware! It is a land of dangerous treats.
Why, who does not know with what fangs does humanity eat? "

DragPennyOpera is a comedy and a tragedy at the same time:
it's a bittersweet play, a color portrait of our black humanity.

THE SHOW
It is dawn.
In the courtyard of a prison, under the scaffold, a platoon of widows waits for the execution of Macheath. They are his women: Polly, the wife, along with her mother, the entrepreneur Peachum; Lucy, the lover, daughter of Tigra, police chief; Jenny, prostitute and ex-lover. Macheath’s voice-off traces back the plot. We’ll never se him, but he is the only man: eternally absent, loved, hated, and eventually gnawed to the bone.

These women have extreme feelings and beastly behaviours, they are funny, disturbing, ironic characters: in other words, drag queens. The work is inspired by Gay’s “The Beggar’s Opera“, a mix of classical music and drinking songs, “high theatre” and parody, arias and ballads.

We reworked the original play’s structure, putting on stage a biting satire and a story of love, death, sex and money, told with politically incorrect, black humor.

production Aparte Società Cooperativa
thanks to la Corte Ospitale – Progetto Residenze, ATIR-Teatro Ringhiera
with the contribution of Fondazione Cariplo
for the project fUNDER35
show selected by NEXT

PRESS REVIEW
With a touch of impertinence, we could say that after Brecht/Weill there are Nina’s Drag Queens. DragPennyOpera is not a parody but an interesting mixture of camp style and theatrical codes, actor and mask. (…) Ironic, funny, melancholic. (…) You can’t help but loving them.
Sara Chiappori, Repubblica

This magical and cruel world resonates in the unconscious of the spectator, that deep space that deals with game, paradox, disguise and a bit of ruthlessness. (…) Opulent, muscular, engaging.
Elena Cattaneo, Sul Romanzo

watch the video
go to the calendar 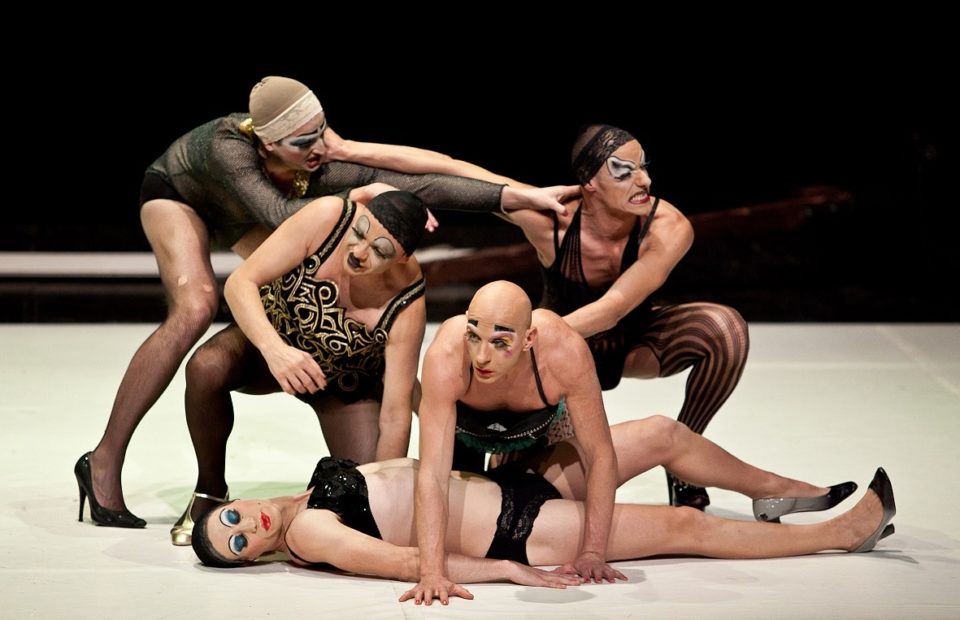 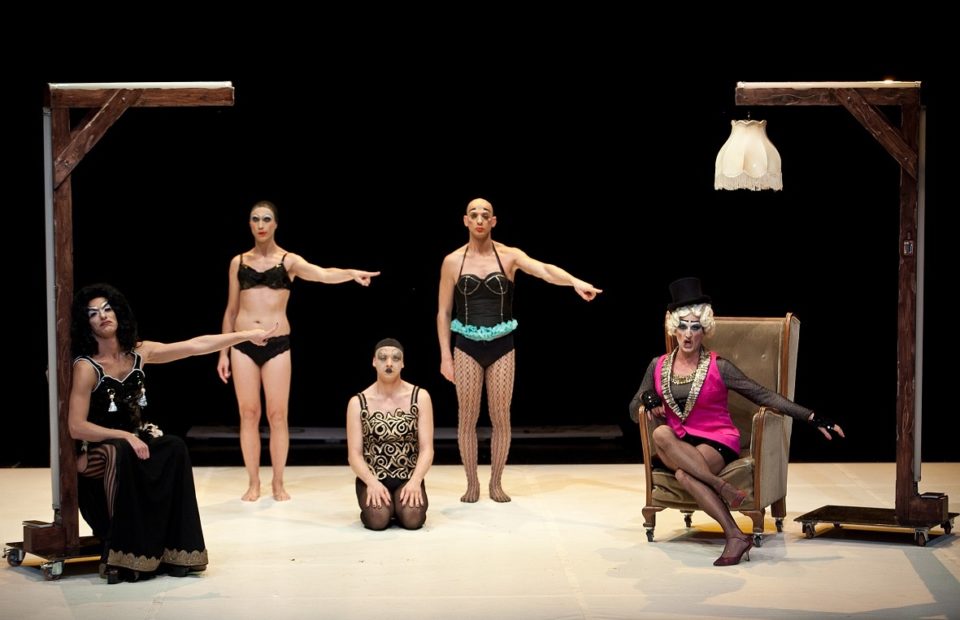 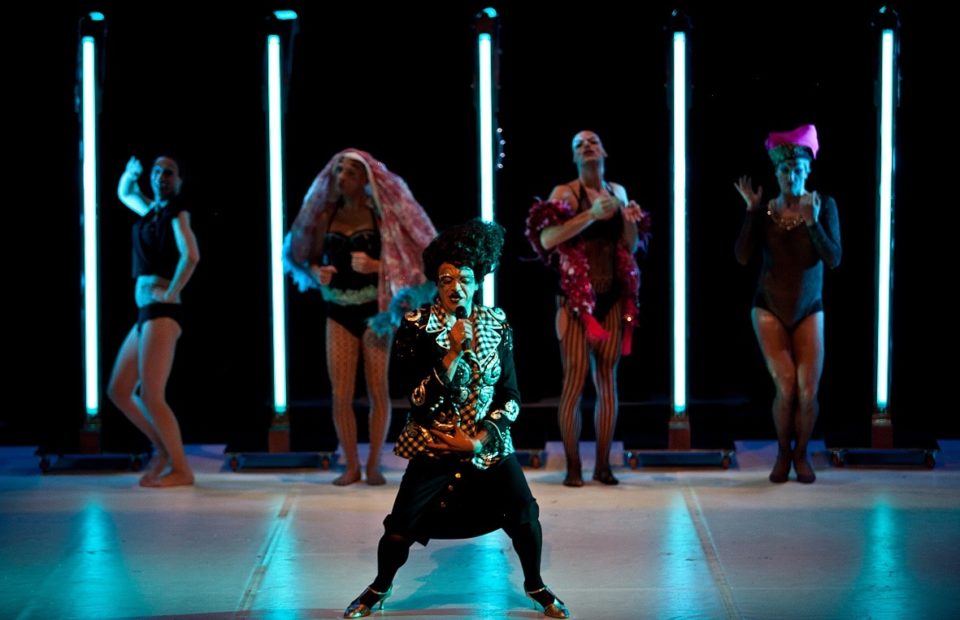 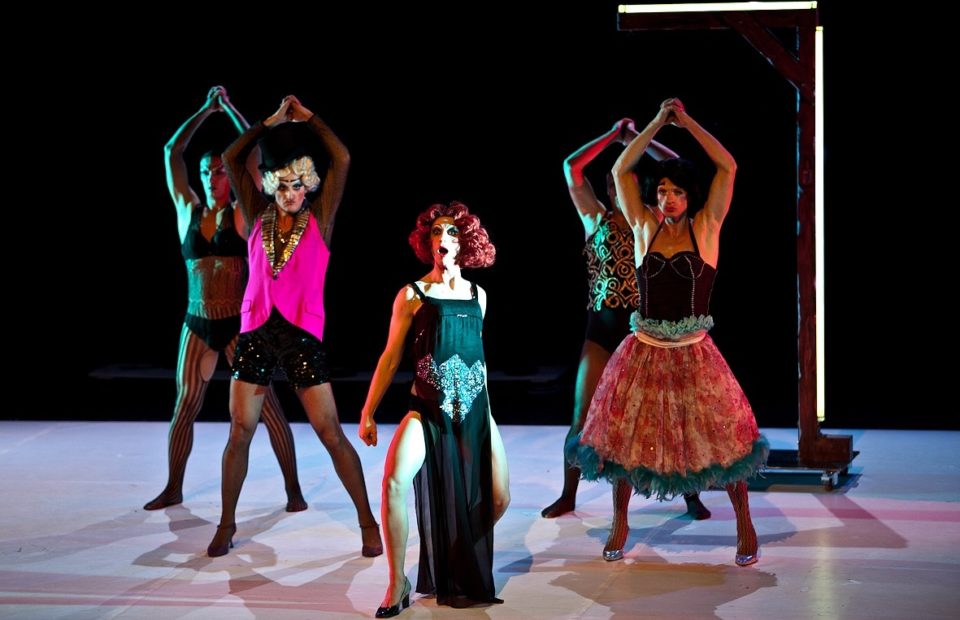 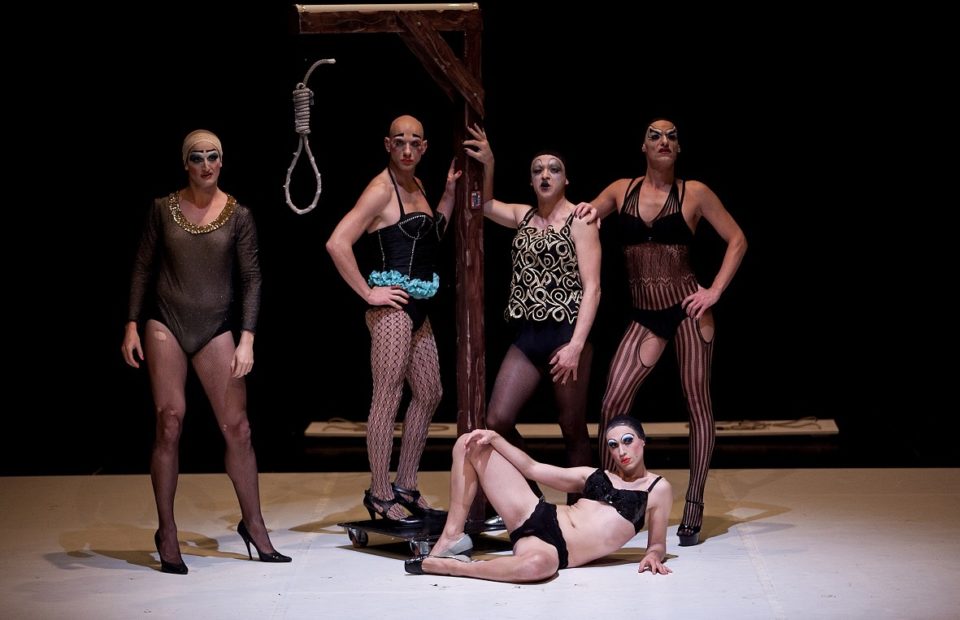 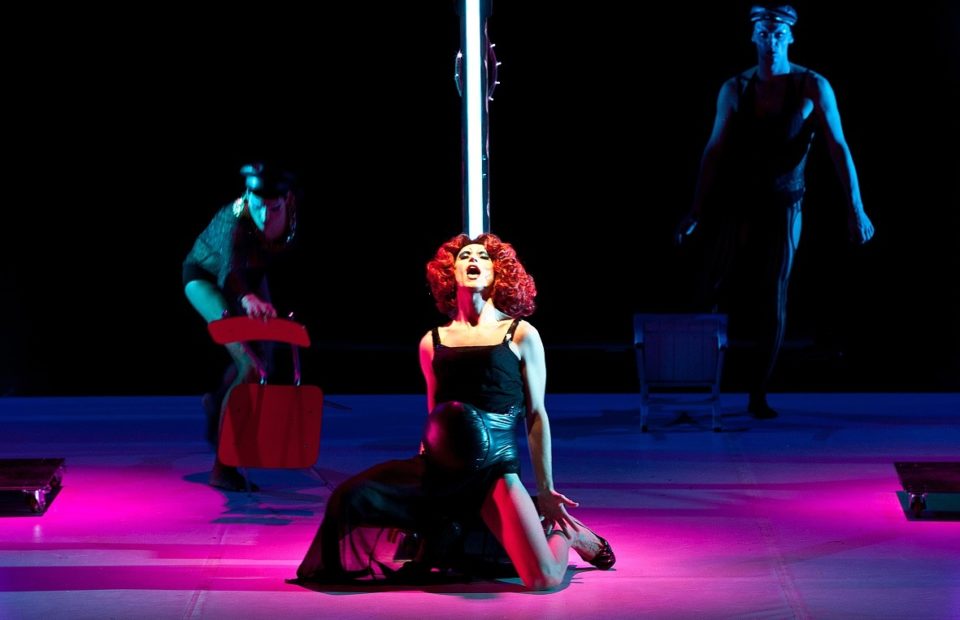 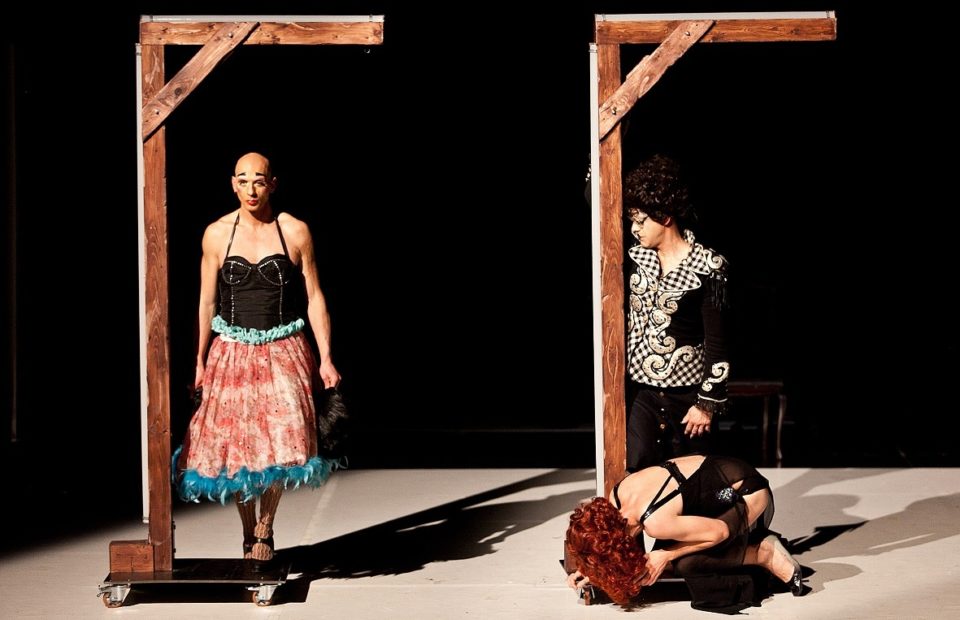 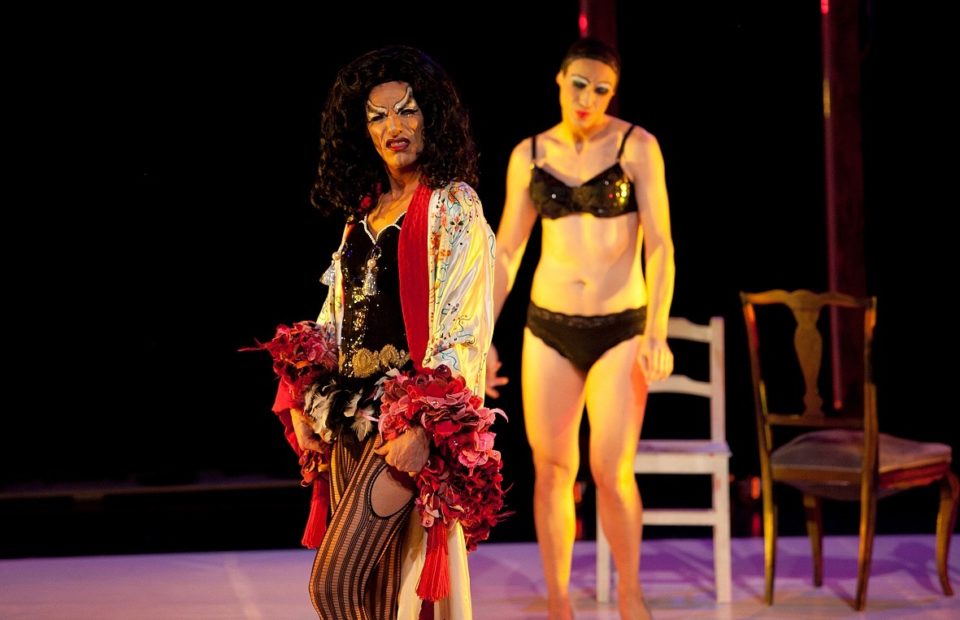 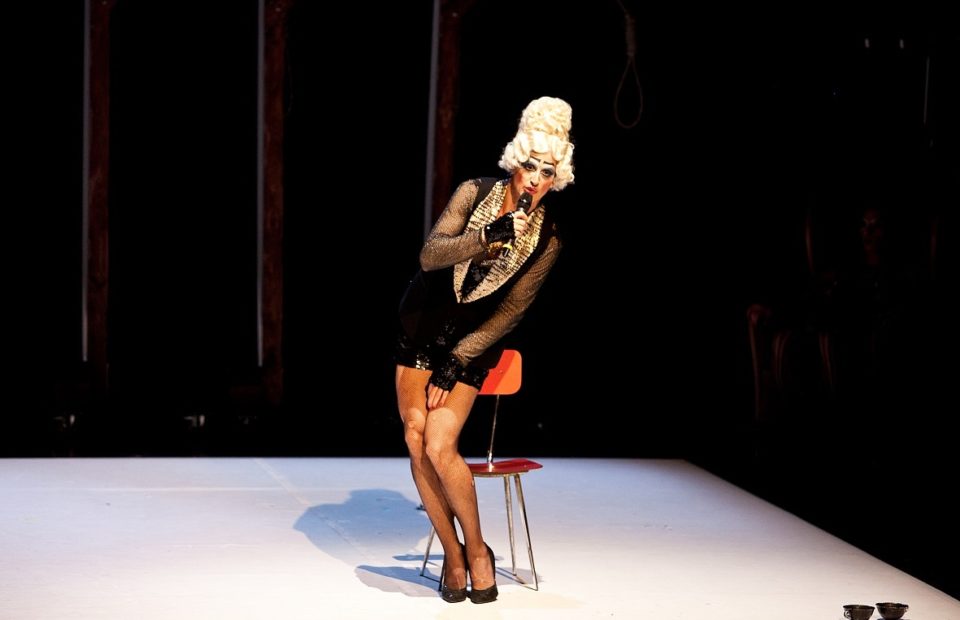 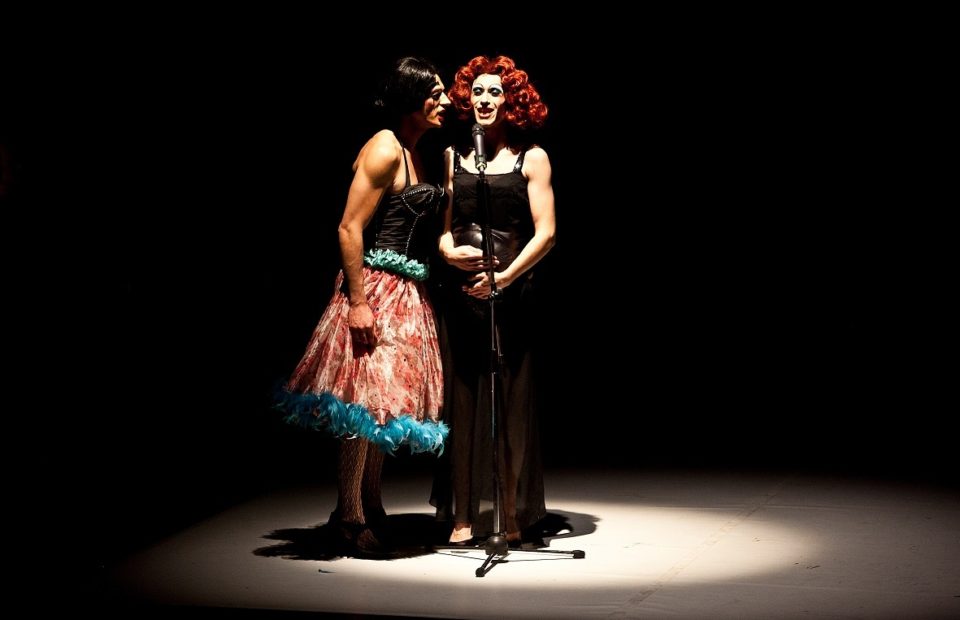 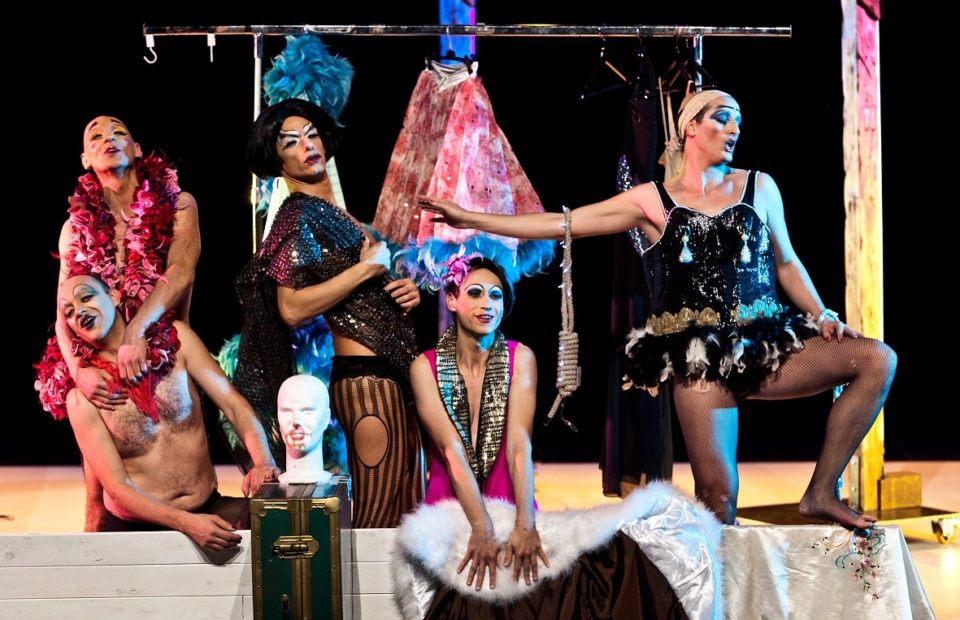